Gerry Stone has contributed his personal family photographs to the project. Some of his ancestors came from Riga, Latvia, and settled in Cheetham at the beginning of the 20th century. His collection includes street photographs, ancestral photographs, group and club photographs. 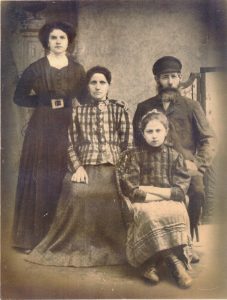 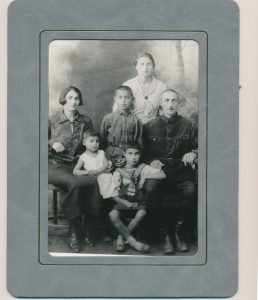 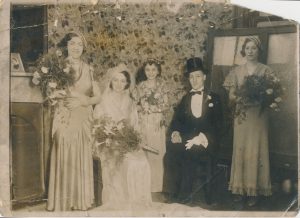 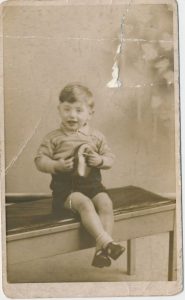 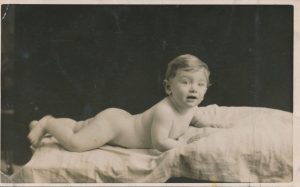 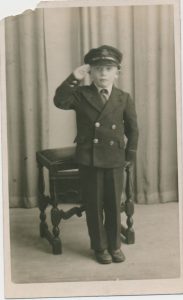 Gerry, taken in Jeromes Studio, dressed as a sailor, July 1943. 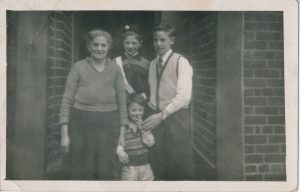 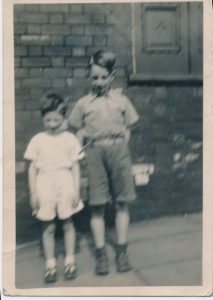 Gerry, right and Brian, left. Text on reverse of photo “The two terrors, clean for a change” 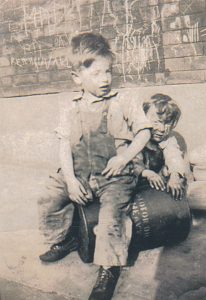 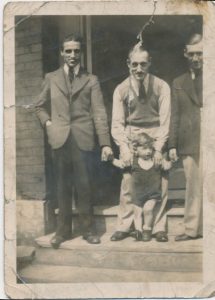 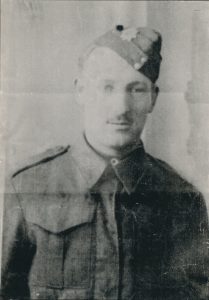 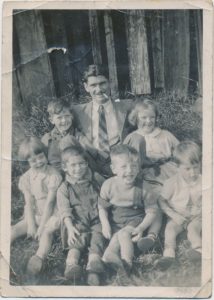